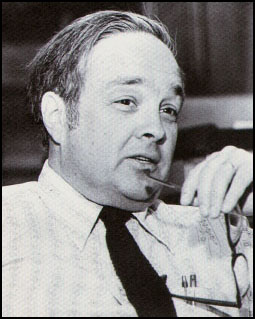 Robert L. Gluckstern (1924-2008) was chancellor of the university from June 1975 to June 1982. He received a B.S. in electrical engineering at the City College of New York in 1944 and his doctorate in physics at the Massachusetts Institute of Technology in 1948.

Prior to being named chancellor in 1975, Gluckstern was the vice chancellor for academic affairs and provost at the University of Massachusetts, Amherst, where he had been a professor since 1964.

In his tenure as chancellor at Maryland, Gluckstern worked to upgrade the academic standards and entrance requirements. He also established scholarship programs that served as models elsewhere in the state, including what was then the Banneker minority scholarship.

His passion for education was such that he resigned his administrative role in 1982 to return to teaching and research full-time.