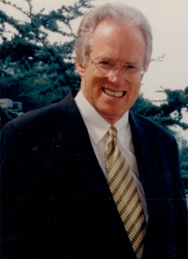 William English "Brit" Kirwan led the University of Maryland, College Park campus three times, first as acting chancellor in 1982, then again in 1988, and as president from 1989 to 1998.

Kirwan joined the university in 1964 as an assistant professor of mathematics. He rose through the faculty ranks as associate professor (1968-72), professor (1972-98) and chair of the Department of Mathematics (1977-81).

During his tenure as president, Kirwan played a pivotal role in all the university's major initiatives, including an increased emphasis on undergraduate education; selective enhancement of academic programs; recruitment and retention of distinguished faculty; achievement of diversity goals for underrepresented minorities; and completion of the university's first capital campaign. Under his leadership, the university also undertook a major restructuring of its academic organization, moving from a divisional system to a more traditional system of colleges and schools. Subsequently, when the state's economic decline in the early 1990s forced a massive reduction in the university's budget, he oversaw a streamlining of the university's academic offerings through the elimination of a college, seven departments and 32 degree programs.

Kirwan left the University of Maryland in 1998 to accept the presidency of the Ohio State University, a position he held for four years, until his selection as chancellor of the University System of Maryland. He oversaw the state's public university system until 2015. The math building on campus is named in his honor.