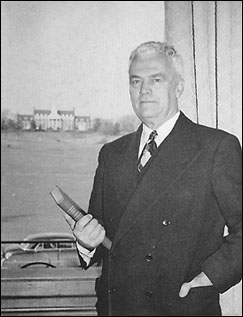 A 1908 graduate of the Maryland Agricultural College with a B.S. in engineering, Byrd began his 43-year career at the University of Maryland with a two-week stint coaching football in 1911. He went on to teach English and history, was athletic director and served as an assistant to Raymond Pearson before becoming president.

Under his tenure as president, the University of Maryland became one of the nation's largest universities as a result of New Deal construction projects, wartime training programs and the postwar enrollment boom. Byrd's major accomplishments included the development of an educational extension program that became University College and included a full academic program, partially funded by the Army and Air Force, for overseas military personnel. Byrd also took a personal interest in developing an American studies program. Despite his reluctance, the university began enrolling African-American students in the 1950s.

An accomplished athlete and former Terrapin football star, Byrd as president found the football team's success an effective means of lobbying for state funding to grow the athletics program and build a new football stadium, which opened in 1950. Capital One Field at Maryland Stadium now stands as a reminder of his impact on athletics and the university.

In 1954, Byrd retired to run, unsuccessfully, for governor against Theodore McKeldin.

The University of Maryland, College Park is the state's flagship university and one of the nation's preeminent public research universities. A global leader in research, entrepreneurship and innovation, the university is home to more than 41,000 students, 14,000 faculty and staff, and 388,000 alumni all dedicated to the pursuit of Fearless Ideas. Located just outside Washington, D.C., we discover and share new knowledge every day through our renowned research enterprise and programs in academics, the arts and athletics. And we are committed to social entrepreneurship as the nation’s first “Do Good” campus.

Coronavirus Updates:
The University Health Center is actively monitoring the outbreak of respiratory illness caused by a novel (new) coronavirus (termed “2019-nCoV”) that was first detected in Wuhan City, Hubei Province, China. The coronavirus is a new virus for humans and was first identified in China. Latest Coronavirus Updates

Help Terps in Need. Your gift to the UMD Student Crisis Fund provides critical funds to students who need immediate assistance due to the COVID-19 pandemic.