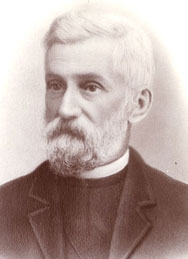 The Maryland Agricultural College trustees elected Dr. James L. Bryan, examiner of the schools in Dorchester County, Md., and a member of the state board of education, president of the college in July 1887. After visiting the campus, Bryan declined the position in a communication to Gov. Henry Lloyd in which he stated that his current position was "more congenial to his taste, notwithstanding his salary as president of the college would be larger."

Bryan was born in Cambridge, Md., in 1824, graduated from Virginia Military Institute in 1843, and taught at the Petersburg Military Academy in Virginia until the outbreak of the Mexican War. He organized a military unit and entered the United States Army as a first lieutenant, serving with honor until his discharge in 1848. He then studied at the Washington University School of Medicine in Baltimore, receiving his degree in 1849. He opened a medical practice in Golden Hill in Dorchester County, later moving his office to Taylors Island, then Cambridge.

In 1866, Bryan founded the Cambridge Military Academy and was also named president of the Board of County School Commissioners of Dorchester County. Two years later, he was elected county school examiner and treasurer of the county school board, a position he held until 1898.

Bryan was also a deacon in the Episcopal Church for over 30 years and was ordained an Episcopal priest in the early 1890s.

James Bryan died in November 1904 and was buried in Cambridge.