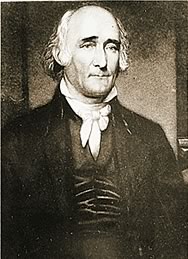 Benjamin Hallowell (1799-1877) was president of the Maryland Agricultural College for one month.

The Quaker schoolmaster, noted scientist and farmer from Montgomery County was appointed president on Oct. 4, 1859, two days before the college opened. He had been in close consultation with the trustees since the college was chartered in 1856, but the board announced his appointment at the opening ceremonies without notifying him first.

Hallowell accepted on condition that the college farm not use slave labor and that he serve without salary.

Hallowell resigned due to illness after 30 days.