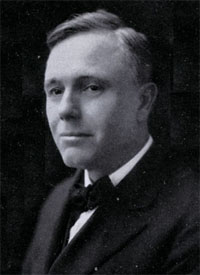 He came just as the United States entered World War I and, as a result, became the commandant of a military camp. The U.S. government established the Reserve Officer Training Corps and the Student Army Training Corps at the land-grant colleges, with the faculty and administration temporarily under Army command.

Entrance requirements were raised, and both the liberal arts and engineering curricula were greatly improved. A new building, several temporary structures and other various improvements were also completed. Both enrollment and the budget increased following the war.

Under Woods' leadership, the college merged with the University of Maryland at Baltimore in 1920. Woods also oversaw the accreditation of the new university by the American Association of Universities in 1925. He resigned the following year, but remained with the school's agriculture department until 1948.